With sought after expertise in rural development, he has spent over 30 years developing successful sustainable initiatives in the fields of rural healthcare, well repair, vocational training, orphan care, and food and agricultural programs in Zimbabwe and Malawi. In addition to these endeavors, he has developed a state-of-the-art renewable energy system utilized in both Zimbabwe and Malawi and recognized as an ideal and sought after model by the governments of neighboring African countries.

Driven by a desire to do God’s will, he pastored a congregation of 500 for ten years and assisted in planting five additional churches in Zimbabwe. Beginning in 2003, he began advocating for the people of Zimbabwe in Washington D.C., earning him the opportunity to speak before the African Subcommittee. His work through Child Legacy International has garnished him multiple endorsements from Members of the U.S. Congress, as well as international government Ministries from Great Britain, Zimbabwe, and Malawi. He is an active Board Member for The Life Link, an international aid organization and Hallmark College, a U.S. based educational institution. They have operated humanitarian programs from the United States since 2001, when they left Zimbabwe – their home together for over twenty years –  to inform the U.S. State Department of the political, social, and economic destruction precipitated by Zimbabwean President Robert Mugabe. Jeff has spent much of the last three years advocating in Washington DC for the Zimbabwe crisis and other international humanitarian efforts. In doing so, he has earned the admiration and support of multiple Members of Congress and the U.S. African Subcommittee. Kevin is the President of Tana Exploration Company LLC, a privately funded Independent Oil & Gas Exploration and Production Company which was founded in 2002. Tana operates primarily in the Gulf of Mexico and South Louisiana and has been involved in International work in Thailand. Prior to starting Tana Exploration, Kevin worked as a Geologist for Basin Exploration, Tana Oil & Gas and Union Pacific Resources. He earned a Bachelor’s degree in Geology from Oklahoma State University in 1980.

Kevin has been married to his wife, Lesa, for 16 years, and they have 4 grown children and 4 grandchildren . Kevin and Lesa serve as International Ministry Coordinators at Church Project in The Woodlands Texas. Church Project is currently involved in Mission work in Mexico, Honduras, Haiti, Colombia, India, China, Kenya and partners with Child Legacy in Malawi. Kevin and Lesa first became aware of Child Legacy when they participated in the 2013 Clean Water Climb. “Lesa and I have a passion for sharing the gospel around the world.” Mark holds a Juris Doctorate degree from Southern Methodist University and a Bachelor of Science degree in Geology from DePauw University. He is President of V+ Development Solutions, a division of Southwestern Energy Company.

Mark is a frequent speaker on a variety of topics relating to unconventional oil and gas developments and hydraulic fracturing operations. He participated in the preparation of the Atlantic Council report titled “European Unconventional Gas Developments – Environmental Issues and Regulatory Challenges in the EU and the U.S.” and he was appointed by Governor Andrew Cuomo to serve on the New York Advisory Panel on High-Volume Hydraulic Fracturing. Mr. Boling initiated and continues to lead the effort by Southwestern Energy Company to collaborate with the Environmental Defense Fund and other environmental NGOs to develop a Model Regulatory Framework for Hydraulic Fracturing Operations. The London Financial Times recently named Mr. Boling the U.S. Innovative Lawyer for 2012. Carl has earned Bachelors and Masters Degrees in Theology, a Doctorate in Law, and a Doctorate in International Law. In addition, he is qualified as a Securities Broker and Financial Principal, serving as a consultant to major international organizations in the areas of legal, financial and administrative concerns.

Carl is a specialist in both field development and management. His tremendous value to Child Legacy International is due in part to more than 20 years as a director of international humanitarian endeavors and community development. In addition, Carl serves as President of The Life Link, an international human service organization, and on the boards of multiple other international corporations. 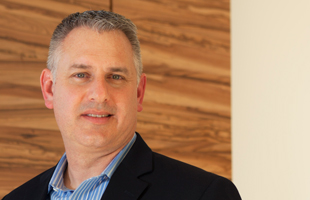 Steve is the Vice President of Marketing for GSE Environmental, a company committed to providing innovative solutions that help companies safely achieve their organizational objectives. He specializes in communicating compelling stories that motivate people to take action. Throughout his career, Steve has held numerous leadership positions in the Church and private organizations. He earned a Bachelor’s Degree in Communications from Western Illinois University and his Masters Degree in Christian Education from Dallas Theological Seminary.

Steve has been married to Jennifer since 1994. They have three boys together and two additional children they sponsor through Compassion International. Steve and Jennifer serve as shepherds for four and five year old children at the Church Project in The Woodlands, Texas. Their greatest desire is to see the Gospel permeate people’s lives such that they live the mission of Jesus. Mike is founder and CEO of Auction Broadcasting Company and has over 45 years experience in the wholesale auction business. He knew from the onset that a new auction company would have to offer the industry new opportunities. Therefore Online Ringman, the first live interactive auction, was introduced with ABC auctions having actual online theaters, and also introduced ReconRamp, which are automated reconditioning centers; another first in the industry. Mike co-founded Dealer Services Corporation and has had interests in numerous new and used car dealerships. He was founder and CEO of ADESA Corporation, formerly trading over NASDAQ and AFC Corporation. Previously, Mike founded Auto Dealers Exchange throughout the Midwest and Southeast until its transformation into Auto Dealers Exchange Services of America. Other ownership interests include Diversified Vehicle Services, a repossession, title, and registered importing company; Xcira, an internet auction facility; and Monument Advisors, an investment firm.

Mike is heavily involved in numerous charitable organizations. He serves locally on the board of Sports World Ministry and is involved in Emerging Eagles and Child Evangelism Fellowship. His interest in evangelism and church planting has allowed him to travel to many countries. Dennis (“Denny”) McGuire is an entrepreneur and impact investor. In 1989 he co-founded TPI, an outsourcing advisory firm serving Global 1000 corporations seeking to improve their back office operations. For more than twenty years, he lead the firm’s development of new service offerings, global expansion and $170M+ revenue growth. In 2007, TPI was acquired and Denny expanded his focus to support non-profits’ appropriate use of business best practices, and impact investing. In addition to “for profit” investments such as Energy Water Solution, a start-up focused on recycling frac and produced water from oil and gas wells, he has been or is significantly involved with: UMMEED, a Mumbai based organization serving children with developmental disabilities; Star of Hope, an organization dedicated to meeting the needs of homeless men, women and children in Houston; and Living Water International – an organization providing safe water in 23 countries of the world. He is the recipient of the IAOP Outsourcing Hall of Fame Award, Ernst & Young Houston Entrepreneur of the Year Award and the World Outsourcing Achievement Award. Denny received a B.S. from Illinois State University, was an Army officer, and previously worked for State Farm Insurance, Andersen Consulting (now Accenture) and Andrews and Kurth, LLP. Mike earned his BS and MS degrees in Engineering Geoscience at U.C. Berkeley. He has been continuously employed since graduation in 1975 in the oil and gas industry as a seismologist for a number of companies in California, Alaska, and Texas. His longest and current employer is Southwestern Energy Company in Houston, TX where he works their Fayetteville Gas shale project as a Technical Expert Geophysicist.

Beginning in 2007, Mike went on a series of short-term, life-changing mission to trips to Africa, including Kenya, Tanzania, Sudan, and Malawi. In a jet over to Africa in 2010, God planted a seed to climb Mt. Kilimanjaro. At first it was just about Mike. But then during a BSF study of Isaiah, the Lord led him to ask, “Are my plans God’s plans, or are they just my plans?” At that moment, the Clean Water Climb dream was born. By all measures the 1st Annual Mt. Kilimanjaro Clean Water Climb was very successful and has generated a great deal of interest in the climb, in Child Legacy’s work in Malawi, and future trips.

Mike has been married to his wife Jennifer since 1972. Together, they have 2 grown children and 3 grandchildren. He is an advocate for Compassion, International and attends Woodlands Point Community Church where he and Jennifer help facilitate the church’s Compassion program. He co-leads a fellowship/Bible study group at his office called SWN Fellowship.